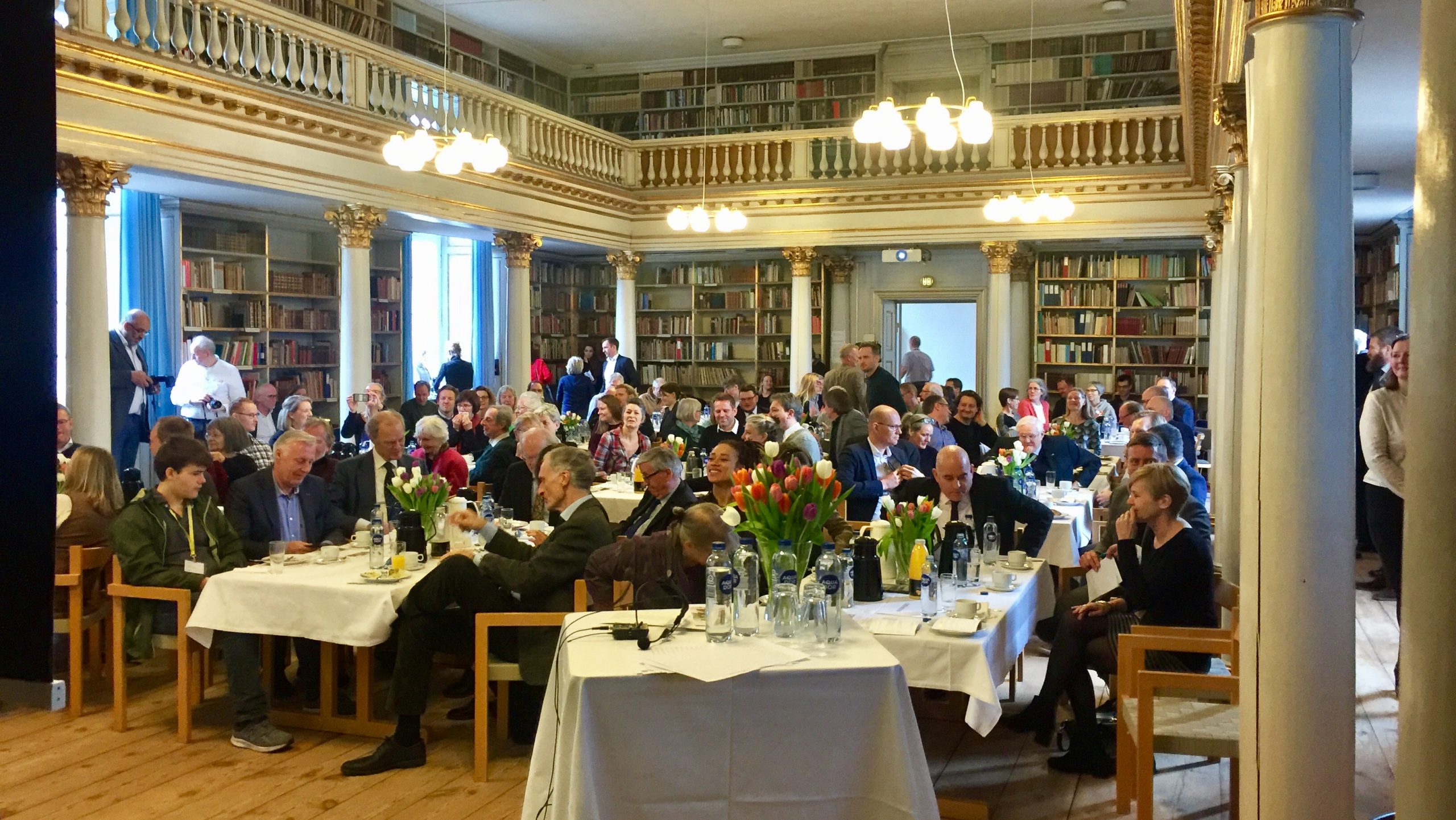 For over 50 years the world has enjoyed the scintillating, pulsating music of the steelband. Audiences from London to New York and beyond have been left spellbound, amazed that such rich tonal quality could come from discarded oil drums. The refined sound we now hear is the result of decades of hard work, research and innovations by master tuners such as Ellie Mannette, Neville Jules, Bertie Marshall, Anthony Williams, Rudolph Charles and Lincoln Noel to name a few. But how and where did it all start?

There are varying accounts as to the exact date and location in Trinidad the first steelpan was tuned since no official records were kept by either the pioneers or the British colonial government of the day. This, however, is one popular version. Necessity, it is said, is the mother of all inventions, and the steelpan is sound proof of that maxim. It was born out of deprivation, a desperate need by a people to fill the void that was left when something central to their existence was taken away.

Since the 1800s, the inhabitants of Trinidad had been participating in a street carnival brought to the Caribbean island by the French. When the freed slaves (slavery was abolished in the West Indies in 1834) joined in the festivities, they could not afford the conventional instruments, so they used African drums, the instruments of their ancestors, then created percussion bands made up of bamboo joints cut from the bamboo plant. The “Tamboo Bamboo” bands (tamboo is a corruption of the French word tambour which means drum) bands were rhythmic ensembles that provided the accompaniment for the masqueraders in the annual parade.

Throughout the 1920s and 30s these bands flourished, but by 1940 something dreadful was about to plunge the world into perhaps its darkest and most notorious period in the twentieth century. Unwittingly, the events of that dark era would provide the beam that lit the way to the discovery of a new musical instrument.

When Adolf Hitler drew Europe into World War Two, the British colonial government summarily banned the Tamboo Bamboo bands, forcing the people to look for other ways to make merry. Readily available were steel drums discarded by the oil refineries on the island.

As they banged against the flat surface of the drum, the fun seekers accidentally stumbled upon a sound that would lead to further experimentations, and consequently, the birth of steelpan, the only musical invention of the twentieth century.

While death and destruction consumed Europe in the early forties, the lives of the underprivileged, unemployed young men in Trinidad were filled with hope and excitement. They realized that the constant pounding against the flat end of the drum left an indentation, and the sound changed as well. Word would soon spread about the discovery, and the possibility of making music with the drums. Further experiments would follow. To achieve further indentation, they would heat the drums in bonfires. What they discovered too was that by varying the size and depth on the indentation, it was possible to get more notes with different tones. As the creativity of these youths took over, one note led to two, three, then four on a single drum.

When the war ended in 1945, Trinidadians, like most people around the world, took to the streets in celebration, carrying of course, their new instruments. While they made music, there were still limitations. They needed an instrument on which an eight-note scale could be played. Who would be the first to tune such an instrument?

It is said that a young man from a depressed area of east Port of Spain, the capital city, was the first to do so. Legend has it that Winston Spree Simon, tirelessly working to improve on the initial discovery was able, sometime in the early to mid-forties, to tune the ping pong; on which he could play a complete eight-note scale. With rubber wrapped around one end of a piece of stick, Spree played a simple melody to the excitement of those who surrounded him at what would later come to be known as the panyard. News of Spree’s achievement spread like wildfire around Port of Spain and from there on, experimentation with the drums went on apace across the country.

Much like the rapid changes in modern technology, the development of different instruments with their own distinct tone came in quick succession. At the dawn of the fifties names such as Ellie Mannette and Neville Jules emerged as top class tuners. Simultaneously, bands were being formed across the land, some of them adopting names from American movies such as Destination Tokyo, Casablanca, Rising Sun, Invaders, Tripoli, Bar 20, Red Army, Desperadoes.

These bands were made up of instruments such as the ping pong (which by that time had been improved and expanded by the likes of Mannette and renamed the tenor pan), double seconds, guitars, cellos and bass. To further illustrate the rapid development of the instrument, by 1951 Trinidad was invited to send a steelband to the Festival of Britain at the South Bank Exhibition. This led to the formation of the Trinidad All Steel Percussion Orchestra (TASPO) with members drawn from steelbands such as Casablanca, Invaders, Free French, Crossfire, Tokyo, Southern Symphony, North Stars, Rising Sun, Sun Valley and City Syncopators. Among the chosen few were Mannette, Spree and a man who would soon earn his place among the legendary innovators/tuners, Anthony Williams.

By the time the sixties rolled around, the steelband was still a work in progress. The panyards became laboratories, and men like Williams would take the experiments one step further. His contribution was perhaps the most innovative piece of work of that era. He designed a tenor pan known as the “fourths and fifths,” meaning that next to the tonic note were the fourth and fifth notes of that scale. This design is still the standard used in most steelbands to this day. And Bertie Marshall of the Highlanders would soon follow with his creation of the double tenor, a must in every steelband. The seventies belonged to Rudolph Charles, leader of the Desperadoes who took innovations beyond the tuning aspect of the instruments. He introduced the nine and twelve bass, which effectively extended the range and depth of the bass drums by increasing the number of drums from the traditional six to nine and then to twelve.

Charles followed up with the quadrophonic, and improvements on the pitch of the tenor pan to what is now known as the high tenor; He also changed the appearance of the steelband with the silver chroming of instruments replacing the oil paints of the fifties and sixties. For better movement of bands through the streets, and to protect the instruments from the sun during the carnival parades, he put the stands on wheels and covered them with canopies.

These developments were not confined to Trinidad and indeed Tobago, the other half of the twin-island nation. Across the seas on the smaller islands of the eastern Caribbean, in the late fifties and sixties, bands were being formed as well, at first with instruments bought in Trinidad, but later with home-made brands by men who had, over time, learned the art of tuning. For instance in the early fifties, Antigua, to the north, boasted of such bands as Brute Force and Hell’s Gate. In the decades that followed, the steelband would move beyond the shores the Caribbean to North America, England, other parts of Europe such as Holland, Switzerland, Sweden and as far east as China, Japan. Today in Trinidad alone, there are more than 100 steelbands. Across the world, hundreds more.

Back in Trinidad in the late fifties/sixties, the developments in the steelband world were not simply a contribution to the family of musical instruments. The bands, comprised mainly of unemployed young black men, often found themselves in violent confrontation, something akin to the gang warfare that gripped certain cities in North America. As a result, these young men who should have been regarded as pioneers,were reviled by a large portion of the society, regarded as social outcasts, particularly by the middle and upper classes.

After the island became independent from Britain in 1962, the new government moved to change the image of the panmen as they were being called. Official involvement was evident with the hiring of bands to perform at social and state functions. Corporate sponsorship was also encouraged to provide the bands with funds to purchase drums, pay for arrangers, tuners and uniforms. Hence such marriages as Amoco Renegades, Coca Cola Desperadoes, (now West Indian Tobacco Company (WITCO) Desperadoes, Pan Am North Stars (since disbanded), Shell Invaders (now BWIA Invaders), Canadian Imperial Bank of Commerce (CIBC) Starlift (now Petrotrin Starlift). The involvement of corporate citizens in the affairs of these motley groups slowly helped to erase the stigma and bring about social acceptance by the wider community. Panmen are now regarded as the cultural ambassadors of the land and the steelpan has been officially recognized as the national instrument. In addition, both sponsor and band have grown to respect each other’s role in their mutual existence.

With this new image, the war on the streets soon gave way to another kind of warfare -a musical war on the stage. In 1963, the Carnival Development Committee which was formed to put a sense of organization into the street festival, started the panorama competition with each band vying for recognition as the superior band in the land. In this competition, every band is required to play a 10-minute rendition of a calypso of choice. The winners and other participants are rewarded financially and there are other perks, such as trips overseas and engagements at home.

Over the past three decades, several bands have shot into the national consciousness as they repeatedly claimed the coveted title as panorama champions. Bands such as Desperadoes and Renegades (9 wins each), All Stars (4), Phase Two Pan Groove (2), Exodus (1) are now household names with international followings.

Indeed, over the past four decades, the steelpan has come a long way, moving from the panyards of the most depressed areas of a society to some of the most prestigious concert halls around the world. The Desperadoes, for instance, have performed at the Royal Albert Hall in London, Carnegie Hall, the Apollo and Lincoln Theaters in New York, the United Nations building, and the Kennedy Center in Washington, D.C. Other bands like Renegades, All Stars, Phase Two, Exodus have wooed audiences from London to Paris to Japan, mesmerizing them with their renditions of some of the most complex works of the classic composers such as Bach, Beethoven, Mozart, Sibelius, Rossini, Borodin.

As the world gets ready to enter the new millennium, the students of Spree, Mannette, Williams, Marshall, Charles who with their genius and creativity gave this century perhaps its sweetest gift, are preparing to take pan to higher heights. No one knows what the final product will be, but we know for sure that it will continue to make a joyful noise unto the world of mu